Karnataka is a state in the south western region of India. It was formed on 1 November 1956, with the passage of the States Reorganisation Act. Originally known as the State of Mysore, it was renamed Karnataka in 1973.The capital and largest city is Bangalore (Bengaluru). Karnataka is bordered by the Arabian Sea and the Laccadive Sea to the west, Goa to the northwest, Maharashtra to the north, Telangana to the northeast, Andhra Pradesh to the east, Tamil Nadu to the southeast, and Kerala to the southwest. The state covers an area of 191,976 square kilometres (74,122 sq mi), or 5.83 percent of the total geographical area of India. It is the seventh largest Indian state by area. With 61,130,704 inhabitants at the 2011 census, Karnataka is the eighth largest state by population, comprising 30 districts. Kannada, one of the classical languages of India, is the most widely spoken and official language of the state.

Karnataka Has A Multi-religious And A Multi-cultural Population. Hence A Variety Of Festivals Are Held In The State. Karnataka Like Most Of Its Southern Neighbors Has Several Temples Which Also Account For A Number Of Festivals Being Held Each Year. Dusshera, The Most Important Hindu Festival Is Celebrated With Extravagance Over A Period Of Ten Days. This Festival Was Started By The Rulers Of The Vijaynagar Empire. Other Festivals Celebrated In Karnataka Are Yugadi, Karaga Celebrated At The Darmaraya Temple And Rajyotsava Day. Makara Samkramana, Sri Ramanavami, Sri Krishna Janmashtami, Ganesh Chaturthi And Deepavali Are The Other Festivals Celebrated In Karnataka Along With The Rest Of The Country. The Fairs Which Are Held In Karnataka Are Sri Vithappa Fair, The Godachi Fair, Shri Yellamma Devi Fair And Banashankari Devi Fair

With A Strong Lineage Of Indian Emperors Ruling This State, The Culture Of Karnataka Has Been Shaped By Like Mauryas, Chalukyas The Hoysalas, And The Vijayanagar Empire. They Have Left Behind A Rich Cultural Heritage That Is Still Evident In The Everyday Life. Karnataka Is Also Home Of Various Tribes Like Kodavas, Konkanis, And Tuluvas. The Beautiful Land Has Been Blessed With Timeless Monuments, World Heritage Sites, Luscious Green Forest, Marvelous Wildlife, Romantic Hill Stations, Stunning Beaches And Vibrant Culture That Resonates It All. The Diversity It Offers In Terms Of The Language, Arts, Crafts And Festivals Is Astounding. The Royal Patronage Of The Vijaynagar Empire Has Left A Long Vivacious History And Illustrious Landmarks That Has Led To Them Being Declared As World Heritage Sites. The 'art' And 'craft' Work Of Karnataka Is Evident In Every Sphere Of Our Daily Lives. Read On To Find Out More About This Rich Cultural Land.

The Beautiful State Of Karnataka Is Dotted With Numerous Monuments And Heritage Properties Which Signify That It Has Been A Place Of Royal Families And Kings. The Royalty Of Karnataka And Its Rich Culture Can Further Be Observed In The Forms Of Its Rich Art And Crafts. The Art Of Making Crafts In Karnataka Has Passed From Generation To Another Thus Making It More Like A Tradition. Almost Every Region In Karnataka Is Renowned For Some Kind Of Exclusive Crafts Like Mysore Is Well Known For Its Paintings And Silk While Udipi Is Famous For Its Metal Works. Important Of Handicrafts Arts And Crafts In Karnataka Have Always Been An Inseparable Element From The Life Of Its Native People. Since Ancient Time, The State Of Karnataka Has Gained Immense Popularity For Its Crafts And Is Still Today Occupies An Imperative Position With Respect To Art And Crafts. One Of The Major Factors That Distinguish The Crafts Of Karnataka From Others Is The Significant Reliance Of People On Traditional Method Of Producing Crafts. In The Recent Years, The Government Has Also Come Up To Support And Encourage Traditional Art And Craft And Thus Many People Now Are Associating Their Self With Crafts Making. Wood Works Wood Works In Karnataka Is An Ancient And A Popular Craft Of The State That Has Evolve For Many Centuries. The Most Impressive Wood Work Or Carvings Can Be Seen In The Temple That Adorns The Charm And Grandeur Of Karnataka. The Exquisite Carvings Done On The Wooden Doors And Ceiling Are Indeed Remarkable And Deserves Great Appreciation. Idols Of Gods Carved Out Of Wood Are Most Common In The State That Can Be Seen In Almost All Household. Sandalwood That Are Used To Produce Beautiful Art Pieces Like Lamp Shades, Decorative Articles, Images Of Lord Krishna Are Very Popular Crafts That Allures Every Tourist To The State. Mysore Silk Silk Is Considered As The Major Export Material Of Karnataka. Mysore Is Often Accredited As The Main Hub For Producing Mulberry Silk In The State. Production Of Mulberry Silk In Mysore Is Not New Rather It Is Said That This Enchanting Destination Was Known For Silk Since The Reign Of Tipu Sultan. Numerous Items Are Made From The Silk Like Silk Sari And Silk Shawls Which Are Quite A Popular Products Among The Female Travellers In The State. Metal Ware Metal Work In Karnataka Is Performed Across Its Different Parts. Some Of The Places In The State Are Well Known For Brass Casting While Others Have Gained Immense Reputation For Metal Works. Numerous Religious Articles Are Made From Metals. Udipi Is Regarded As The Hub Of Metal Works In The State While Mangalore Is Famous For Its Bell Metal And Nagamangala For Its Bronze Casting. Mysore Paintings One Of The Oldest Forms Of Art That Has Passed From Generation To Another Is Probably The Mysore Paintings. It Is Often Claimed That The Art Of Paintings Initiated In Mysore Way Back During The Ajanta Period. Vijayanagara Dynasty Is Recognised As To Have Significant Contribution In The Flourishing Of Paintings Arts In The State. Even Today, Paintings In Mysore Are Made Using Traditional Methods That Involves Extensive Use Of Lustrous Gold Leaf And Bright Colours Making Its Unique And Exquisite. Ivory And Stone Carving The State Of Karnataka Is Also Earned Immense Reputation For Its Ivory Carvings Across The World. Ivory Carvings Are Delicately Performed To Create Figures Of Deities. Similarly Stone Carvings In The State Are Also Considered As Another Popular Craft. The Skills Of Craftsmanship Related To Stone Carvings Can Be Widely Seen In Temples And Idols.

The twin cities of Hubli-Dharwad are located at a distance of around 430 kms from Bangalore- the capital of Karnataka state. The climate is hot and wet during the summer and rainy seasons and pleasant during winter. The twin cities have a history behind them dating back to the Hoysala period. Dharwad is the administrative capital of the Dharwad district and Hubli serves as the commerce center. Dharwad is a quiet, pleasant, and fast growing city in the northern part of Karnataka. Together with Hubli , which is a city twenty-two kilometers away, Dharwad forms a twin city.
Dharwad is known for its prestigious educational institutions. It houses the Karnataka University, which caters to graduate and research students. Karnataka College offers educational services to students just out of high school who aspire to make a career either in the arts or the sciences. S.D.M. Engineering College a more recent addition to the list of educational institutions offers education in Engineering. Hubli has an Engineering college (B.V.B College of Engineering and Technology), the Karnataka Medical College and other institutions.
Dharwad is perhaps best known for its "Pedhas", a sweet made out of milk, and is a must-buy for any tourist visiting the city. Today, Dharwad has grown beyond its borders, with industries dotting both its northern and southern boundaries. In years ahead, it promises to be a beehive of commercial activity. The location of the city on the NH4 makes it equidistant from 2 of the most industrialised centers in the country - Bangalore, the capital of Karnataka state and Pune the 2nd most industrialised city in Maharshtra.
General Information
Population : 730,000
Temperature : Max- 39 degree C, Min- 16 degree C
Rainfall : 935 mm

Access
Air - The airport is 8km from the center of town. Air Deccan operates flights from Hubli connecting to Bangalore.
Rail - Hubli is a major rail junction on the Mumbai to Banglore route and for trains to Bijapur and Hospet. If you are heading for Goa the No 237 Gadag to Miraj Link Express at 8.30 pm has a 2nd class three tier sleeping coach and another combined 1st and 2nd class two tier sleeping coach attached to the train, and these go all the way to Vasco Da Gama, thus avoiding the need to change at Londa. At Londa these coaches are detached from 237 and addded to the 7806 Miraj to Vasco Gomantak Express at about 3.30am 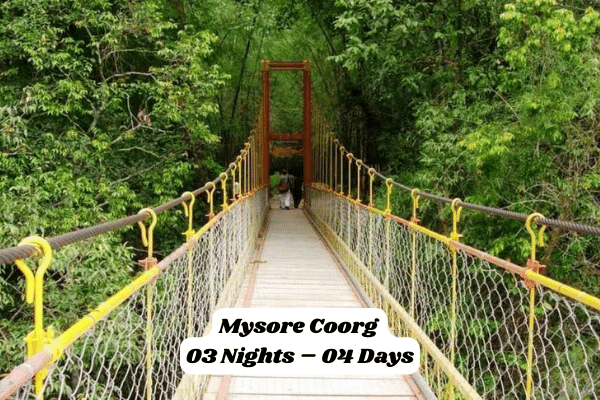 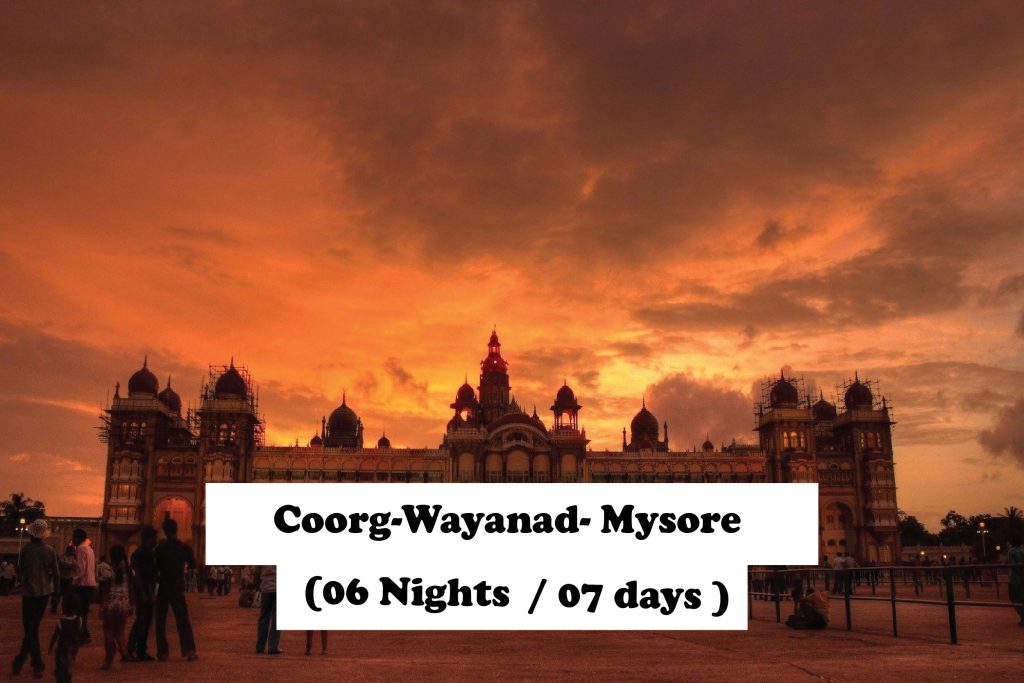 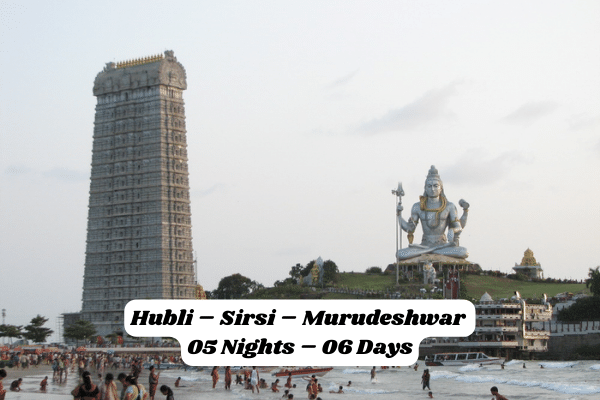 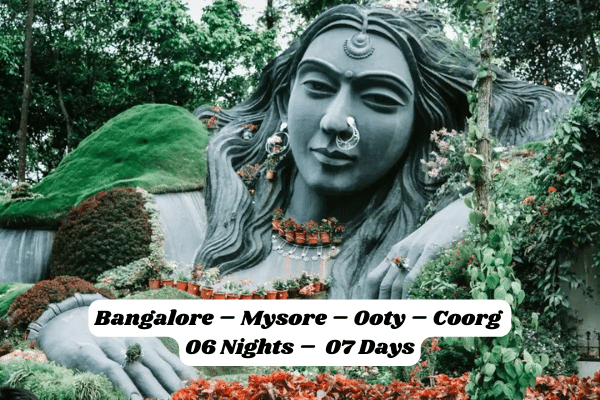 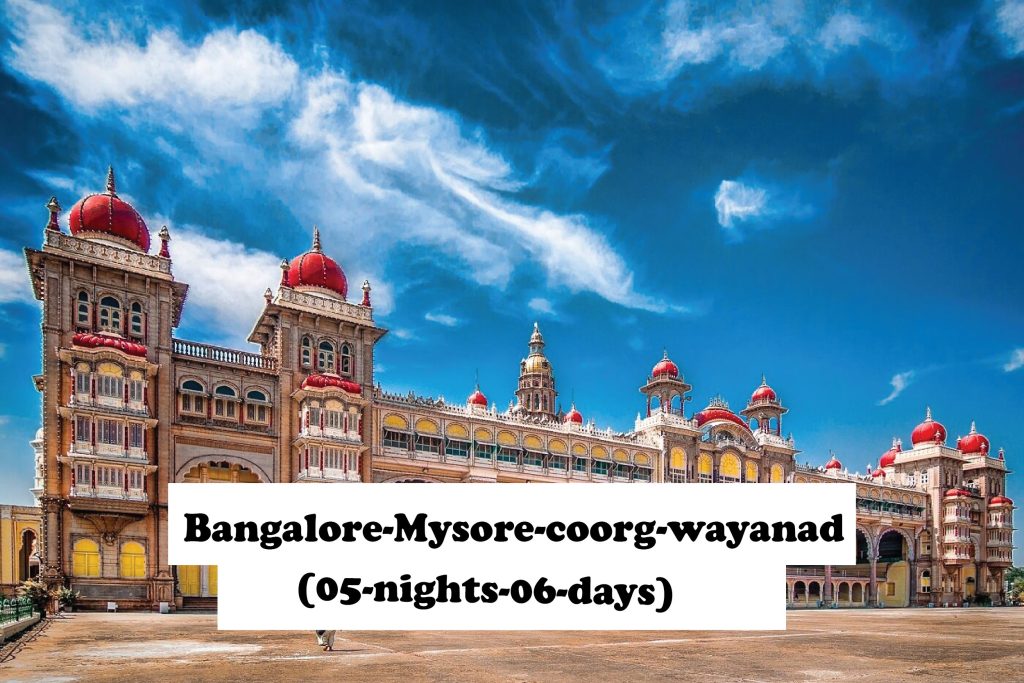 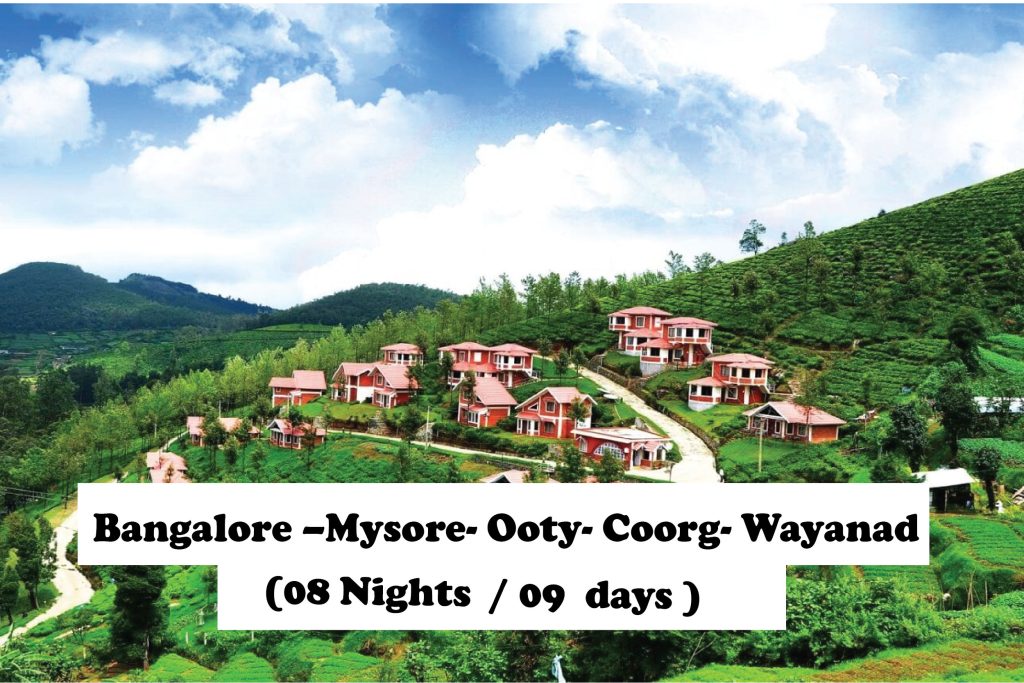 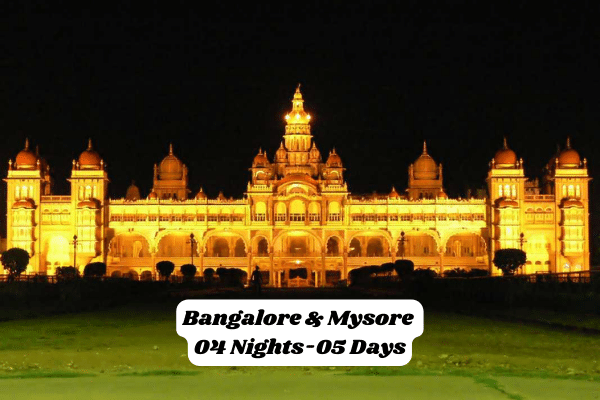 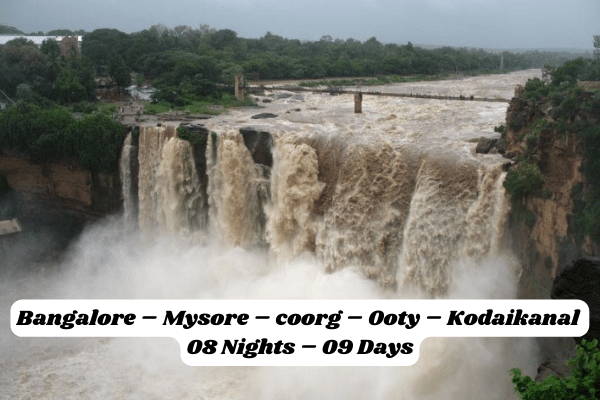 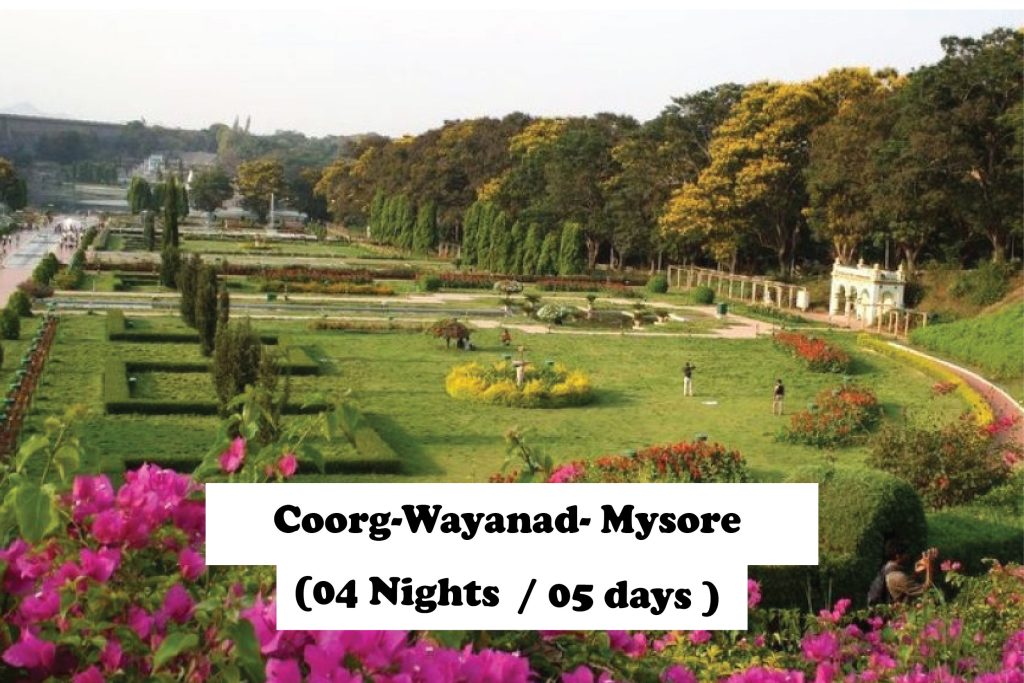